Photo-journalism may be nothing more than capturing an instant in time, and preserving it, and in these days of instant digital communications, that may simply involve lifting an iPhone or similar device.  As I passed the end of the Carrickmannon Cross-Roads on Friday morning, I noticed that one of our church members had been out with a sledge hammer – doing a bit of impromptu advertising (probably illegal too! – but then the government here in NI can’t even afford to cut the grass at the roadsides, so its unlikely anyone will care about an extra sign for a week or so)

An image was called for – so out came the iPhone, and I have an instant record, to be used later in a presentation on church work in the area. 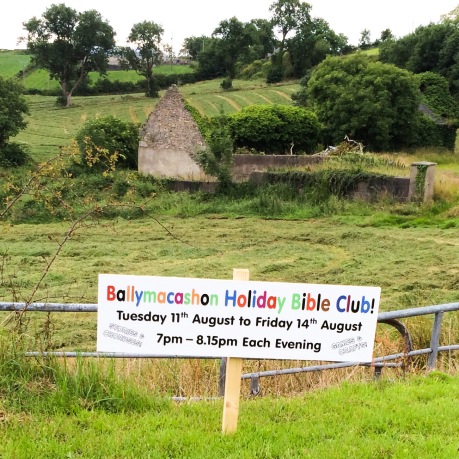 And, don’t you think our beautiful, undulating Co. Down countryside is totally beautiful?