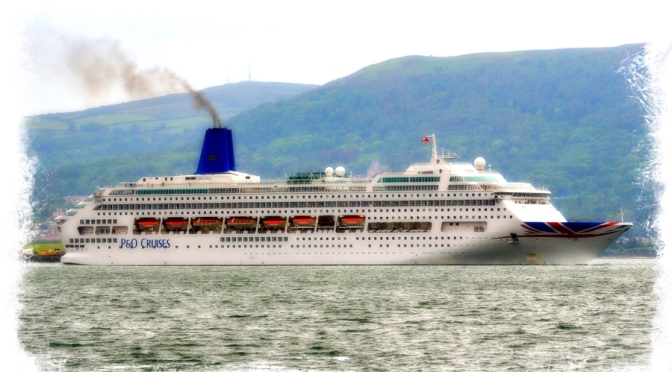 On Monday 18th June 2018, the cruise ship ‘Oriana’ – a P&O Cruises ship, visited Belfast as part of a ‘British Isles’ cruise.  Janette and I have a particular fondness for this ship, we’ve been on holiday aboard Oriana, – we’d first encountered the Oriana when we were on a cruise on the MV Canberra in 1994, and the then brand new Oriana, on her second voyage passed us at sea.  There was much enthusiasm on board both ships as they passed within a few hundred yards of each other, blowing their horns; Canberra releasing hundreds of red white and blue balloons, and loud strains of ‘Rule Britannia’ wafting across the sea.  P&O turned it into a patriotic occasion that no doubt also did the company’s image much good.So, when we heard that Oriana was visiting Belfast on her British Isles itinery, we decided to go down to the Co.Down coast, at Kinnegar, near Holywood to get a good view of the ship leaving port.  It was a miserably dreary afternoon when she sailed at 6pm, cold and wet and a rough sea.  While we were waiting we watched the Stena Ferry from Cairnryan steam up to her berth in Belfast, we were entertained by a dancing seagull, and enjoyed fly-overs from aeroplanes landing at the nearby Belfast City Airport.

Still, after a bit of a wait, Oriana steamed out majestically into Belfast Lough, led by the Belfast Pilot, on her overnight passage to Dublin, Ireland.

Oriana emerging from Victoria Channel and passing the Stena Ferry.  Twin sisters they ain’t!  Oriana is now the smallest cruise ship in the P&O fleet, (and the oldest at 24) but with her classical lines and twin funnels (Like Canberra’s before her) she’s got class, and she towers over the ferry here. 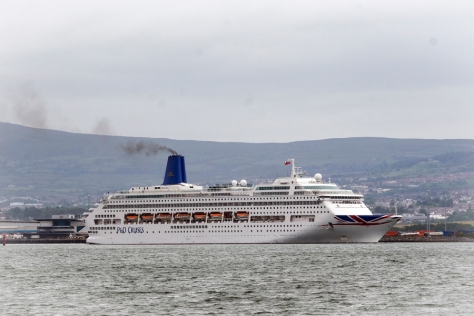 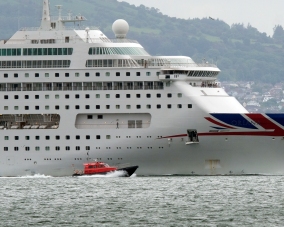 Bon Voyage!  Oriana passes our camera point and edges toward the Irish Sea.

Portstewart. Blue skies, big winds and dramatic sea.
Getting the green light in Belfast.
The latest attempt at very ‘socially distant’ street photography today (from inside a car) - I liked the juxtaposition of colours in the rusty fence and the orange jacket.
After the storm. #comber #codown #codownscenery #ardspeninsula #strangfordlough
BMW M4.