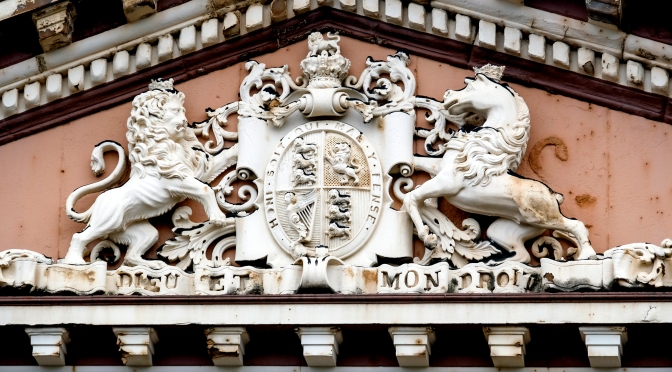 On a visit to North Belfast I drove past the old Courthouse on the Crumlin Road, and decided that on my return journey, I stop and make some photographs.  The courthouse was, like many old buildings in Belfast, designed by the architect Charles Lanyon and built in 1850.  It closed in 1998 when the new court buildings at Laganside were opened, and it has remainded derelict since. 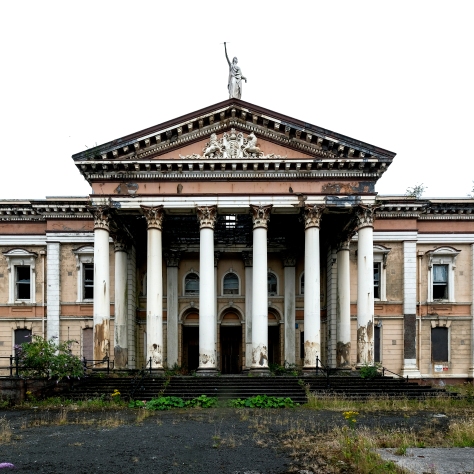 In 2009 a series of fires destroyed much of the interior, and the damge was so extensive that the building may never be used again, despite attempts to build a hotel on the site, using some of the existing architecture. 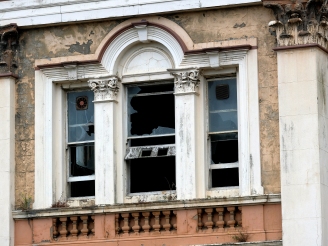 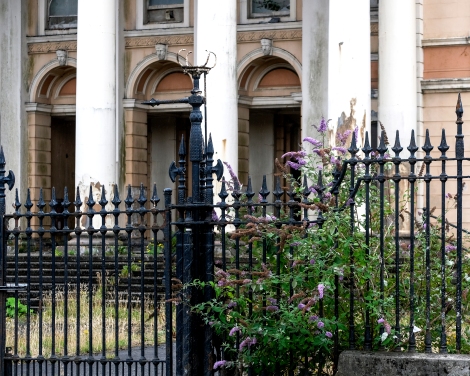 Across the road (or under the road, if you were a convicted felon being escorted hrough the underground tunnel) is the Crumlin Road Gaol, – now renovated and being used as a tourist attraction, concert venue and visitor centre. 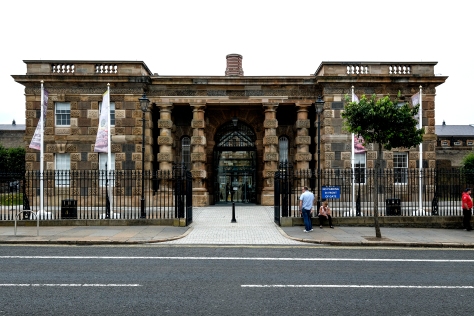