A visit to Dunluce Castle, between Portrush and Portballintrae on a cold, windy day in November, yet still plenty of foreign tourists around the ancient monument.  The castle was built in the early 17th Century, by Randall McDonnell, and the now derelict mansion house sits out on a rock, reached only by a wooden bridge. 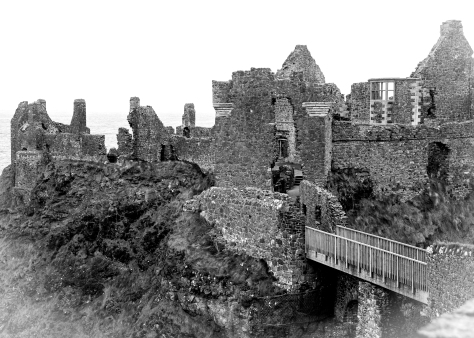 The approach to the castle is by way of a walled ‘funnel’ – to make it virtually unassailable.  Visitors would have to be processed through the funnel, and any attack would be almost impossible. 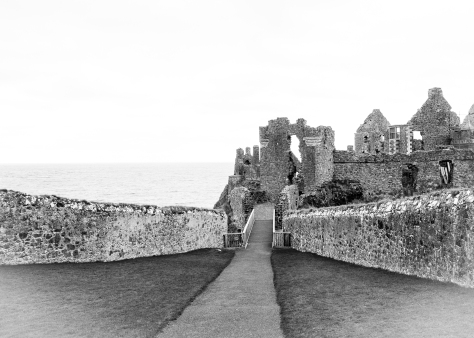 On the landward side of the bridge, and before the ‘funnel’ were the lodging houses, where visitors to the castle would await to be received, some of which are still apparent. 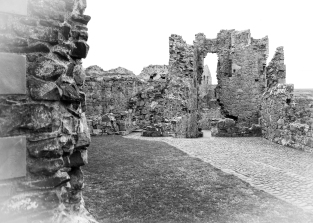 On the rock, the Mansion House itself was a grand affair, grand enough to rival the fictional ‘Downton Abbey.’  Now in ruins, its grand designs can still be appreciated, with the living rooms, kitchens and servants quarters all still visible and clearly marked. 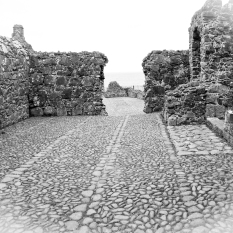 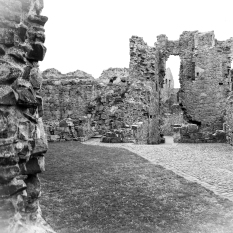 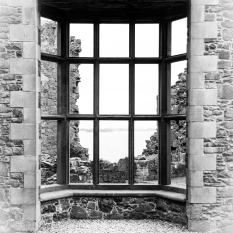 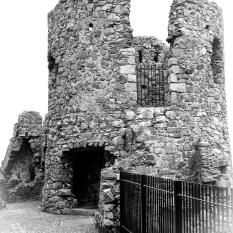 And as you would imagine, the castle offers stunning views of the northern coast. 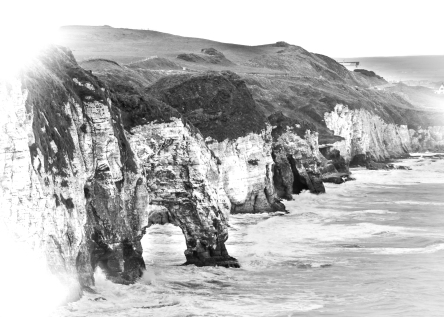 Sadly, while we were there, the castle was undergoing repairs, so there was scaffolding on one of the walls, making a bit of a distraction.