On a wet Sunday afternoon, I spent an hour or so wandering about Gracehill.  I’d driven through it many times, but never explored it on foot.  The village is situated around two and a half miles from Ballymena, and was built in 1765 by Moravian Settlers. 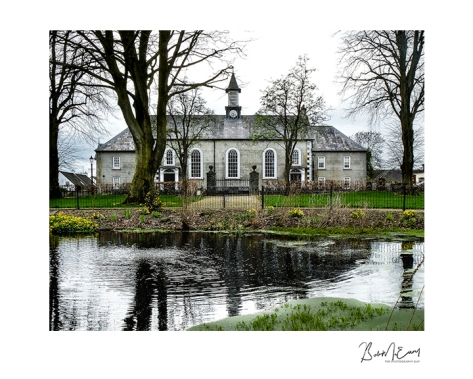 The Moravians were/are a Protestant group of German origin, and the Moravian Church is still the centre-piece of the village.  Despite their continental roots, the man who brought the Moravian religion to Ulster was an Englishman, one John Cennick, who was born in Reading in 1718.  Cennick was a Methodist, but his calvinistic convictions brought him into conflict with the Wesleyan Methodists and he was forced to sever his connections withem.  After a time among the Welsh Calvinistic Methodists, Cennick associated with the Moravians, and became their first evangelist in Ulster.  He founded some forty churches before his death in London at 36 years old.

The historic village sits around a central a central green area, the Square, with mature trees and a pond.  The houses still reflect the Georgian architecture of the era. 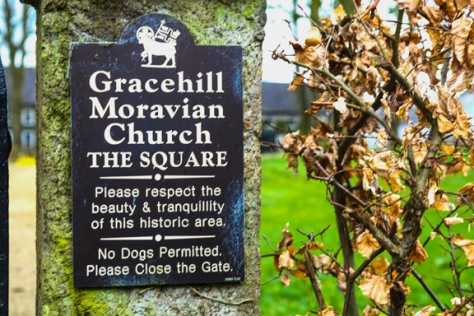 Here’s a flavour of the village: 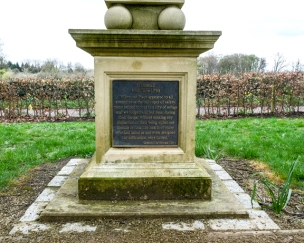 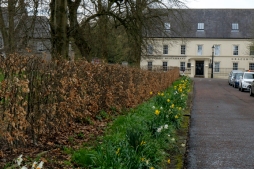 The church itself is flanked by the manse and the sexton’s house, and seperate paths leading to the burial ground.  (The Brothers’ and Sisters’ Walks).

The Moravians were well known for their committment to education, and a schoolhousse had been erected next to the church, offering day and boarding facilities for both boys and girls.  The building is now being used as a restaurant.

One thought on “Gracehill, Co.Antrim”