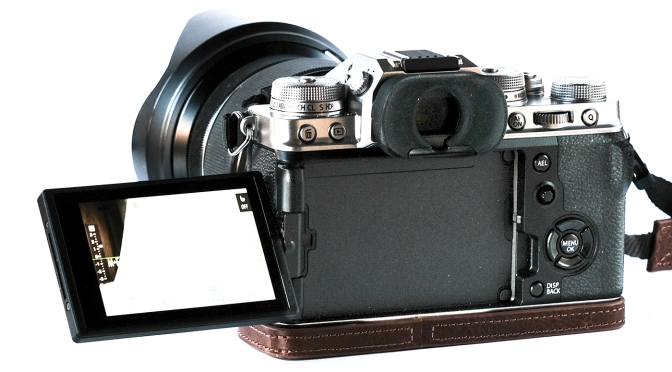 The Fujifilm X-T4 – A Lot of Praise but One Big Niggle.

I’ve been shooting with Fujifilm X-Series cameras since 2017 when I bought my first Fujifilm X-T2. I was immediately smitten.  I’d been a Nikon user all my photographic life, completely loyal to the products of the Japanese giant.  I’d begun in the ‘80’s with the FM2, and progressed through the Nikon D2x to the D750.  I thought it would ever be so.  But when I made my first few images with the Fuji X-T2 I was quickly convinced.  It was the photographic equivalent of a Damascus road conversion.  Since then I’ve been shooting (professionally and for fun) with the X-T2, X-T30 and X-T3.  Everyone of them has been great.  But when the X-T2 began to wobble a bit, I decided it was time for a change.  I kept the X-T3, sold the X-T2 and X-T30 and with the equity, invested in the new X-T4.

So, what’s special about the X-T4?  It’s just a little chunkier than its predecessors, and I’ve encased mine in a leather half-case, more for appearance than practicality, but it’s still an easy camera to hold, much more ‘grippable’ than the X-T2, and that’s important when you are clamouring in and out of vehicles.