Love it or hate it, the Twelth of July celebrations are a huge part of the culture in Northern Ireland, and by and large they are synonymous with marching bands.  Flute Bands in particular!

The Dubliners, (hardly huge fans of Orange Culture) along with others sang of the Orange Flute in this well known Irish Folk Song:

In the county Tyrone, near the town of Dungannon
Where many’s a ruction, meself had a han in
Bob Williamson lived there, a weaver by trade
And all of us thought him a stout Orange blade.
On the twelfth of July, as it yearly did come
Bob played on the flute, to the sound of the drum
You can talk of your fiddles, piano or lute
But there’s nothing quite sounds like the Auld Orange Flute.

But Bob Williamson sure he took us all in
For he married a Papish named Bridget McGinn
Turned Papish himself and forsook the Auld Cause
That gave us our freedom, religion and laws.
Now the boys of the town, they made such noise on it
That Bob had to flee to the province of Connaught;
Took with him his wife and his fixins, to boot,
And along with the rest, went the Auld Orange Flute.

Bob jumped up, he leapt up, and got in a stutter.
He pitched the Auld flute, in the best holy water;
But blow as he would, twould make no other sound,
But the “Protestant Boys” and  auld “Croppies Lie Down!”

At a council of priests, that was called the next day
They tried to administer ‘auto de fey’;
But they couldn’t knock heresy out of its head
So they bought Bob another, to play in ins stead.
Now as for the flute, sure its fate was pathetic
‘Twas burned at the stake for being heretic.
And as it was burning, they heard a strange noise
‘Twas the Auld Flute still playin “The Protestant Boys”. 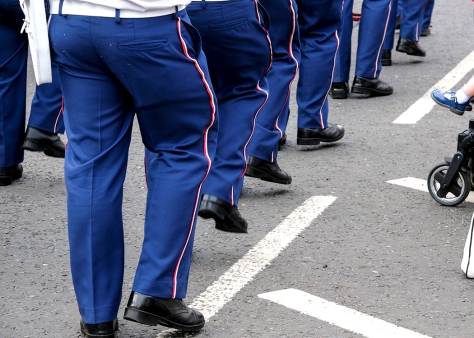 Playing flute must be thirsty work though! 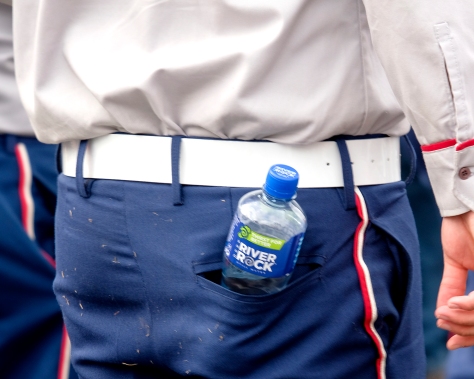