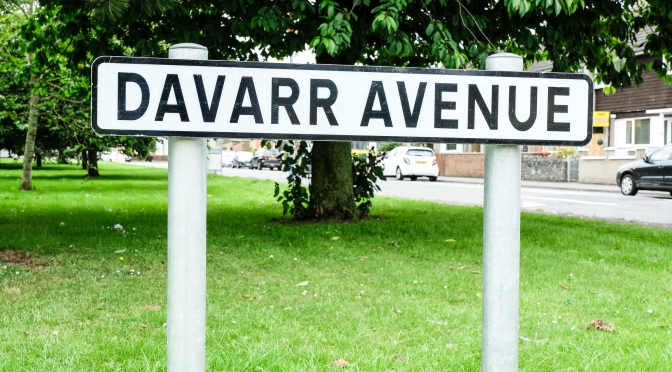 Ballybeen is a large housing development close to our studio location in Dundonald.  The majority of people who live there are the decent Protestant working class people of Ulster – my own background.  For centuries July has been a special month for them – the annual celebration of victory of William of Orange at the Battle of the Boyne, which ushered in the Glorious Revolution, enshrined the Constitutional Monarchy in the British Isles, dethroned the despotic Stuart kings, and guaranteed civil and religious liberty for all.

The Eleventh of July, traditionally was a night to begin the celebrations, with kids all over the province building bonfires in their own local areas.  In recent times these bonfires have become more managed, the waste material that was once used to build them (and which was damaging to the environment) have largely been removed, and replaced with wooden pallets.  Children’s activities have been added too – bouncy castles and slides, ice cream and burger vans, etc.

At lunchtime in Ballybeen, preparations for the bonfire are nearly complete. 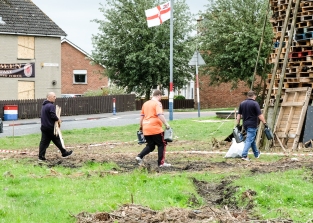 The bonfire is now at full height, and these men are bringing petrol to make the lighting of the fire easier when the time comes.  The windows of the surrounding houses have been boarded up – to protect the glass from the intense heat.  I didn’t see anyone objecting to this, in fact one of the families from a boarded up house was sitting out in the sunshine enjoying a picnic and in great spirits.  The scaffolding is for the local community workers who will address the people gathered around the fire in the evening. 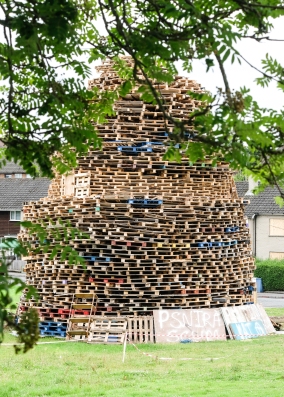 The Ballybeen estate was designed with plenty of green open areas, and nestles between the Holywood and Castlereagh Hills, making it a green and very pleasant area. 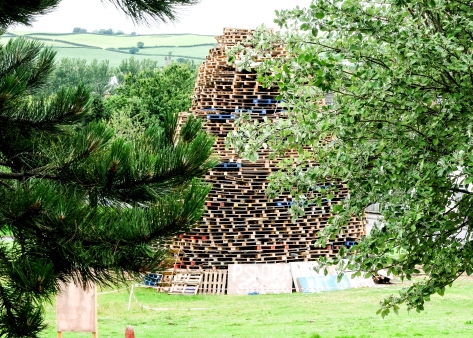 Here’s one of the more amusing scenes of the visit, a ‘no dumping’ sign, with a stray supermarket trolley dumped behind it! 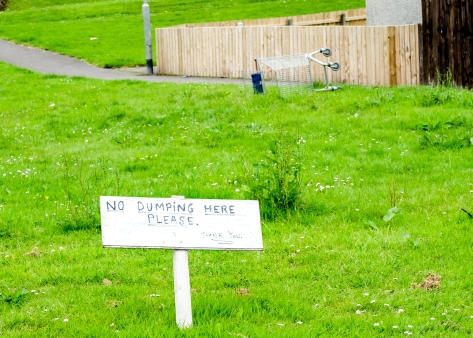 Around the bottom of the fire some graffiti.  There seems to be no doubt that there is some paramilitary involvement in the organising of these large fires – but since membership of such organisations is somewhat nebulous, it would be difficult to prove. 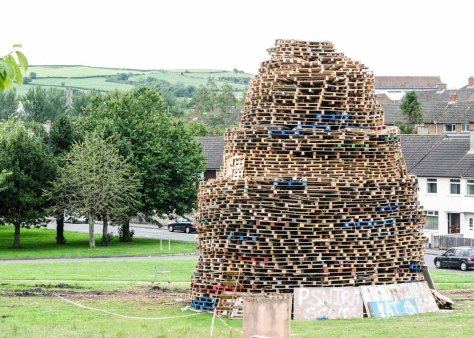 The people who build these fires are passionate about their British identity, and their unionist/loyalist heritage.  People in middle class areas, people from outside the province and the metropolitan elites of Belfast, London, Dublin and elsewhere will look down on them, maybe even dispose them.  But they are the hard-working backbone of the community – and they deserve a night of celebration and enjoyment, if if many onlookers don’t understand why they do it. 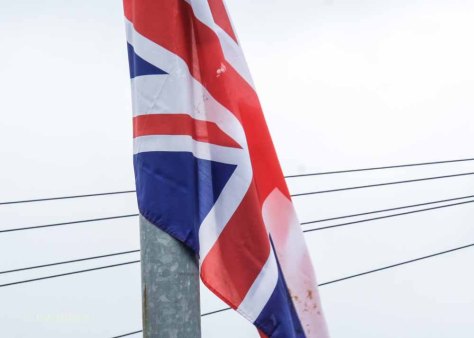 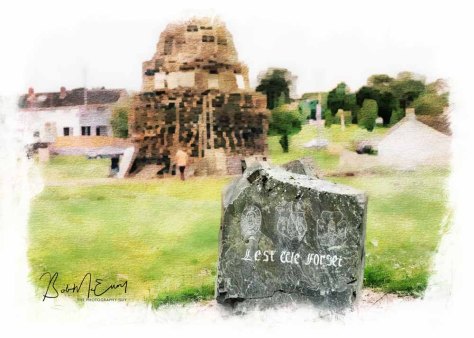