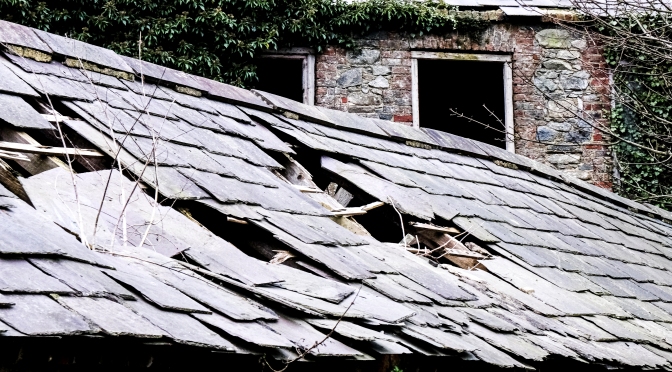 Glasker Old Mill is on the road between Loughbrickland and Rathfriland in Co. Down.  The likelihood is that the mill was once part of the extensive Irish Linen industry which thrived in that area in the 19th and early 20th Century.

Just a little further down the road is a beautiful old phone box, set against an unattractive brick wall.

Thankfully, this is not a problem…