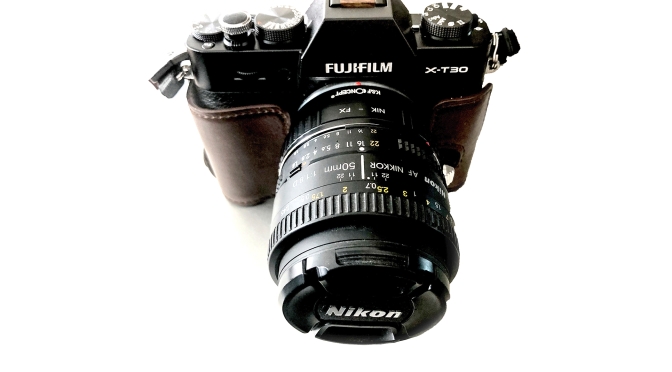 It’s rare to have open roads in Belfast on a Saturday, but today the roads were reasonably free of traffic – with people ‘self-isolating’ and ‘social distancing.’  But there was one traffic jam, and that was caused by the closure of an important route into and out of the city, the Sydenham By-Pass.  This closure caused a stand-still traffic jam on the lower section of the Newtownards Road (Ballymacarret) – Just one single snarl up in the whole city and I was stuck in it.

As it happened I had a camera right beside me on the passenger seat of the car, so while the car was stationery, with the handbrake on and the engine stopped, I made a small number of exposures.  Random images, of no relevance or importance.

Why?  Because I’ve just bought a (very cheap) lens adaptor for the Fujifilm X series cameras so that I can use a Nikon manual focus lens on the mirrorless camera.  That would give me a huge range of lens options, many that I already have and of course cheap options to purchase new/used lenses on eBay.  For example a second hand  manual focus Nikkor 300mm lens sells for around £100.

But isn’t working with manual focus really difficult?  Some people are terrified of manual focus, but usually its because they’ve no experience of it.  It’s nothing to fear.  The old ‘split-screen’ focusing on our film SLRs was much more difficult to use than the modern digital cameras.  The Fujifilm mirrorless cameras have ‘focus peaking,’ a digital focussing aid, where the camera highlights (usually in red or blue) contrasting edges, ie. it lights up the areas that are in focus.  It makes manual focussing very accurate, perhaps even more accurate than the camera’s own autofocus.  And it slows the photographer down, and while you focus you are forced to think more about what’s in the viewfinder.

So, with all of that in mind I put my standstill time to use, by pointing the manual focus lens at some of the local architecture.  Here’s some results…